Phoenix pets are similar to the other Non-evolvable pets in the sense they start from level 60 and have no skills. They will also take up a pet slot, have loyalty, and can be ridden. They are obtainable from the Item mall for 5000 SP.

Like Unicorns, the Phoenix can "evolve" to become a True Phoenix and an Ultimate Phoenix. True Phoenix require two level 65 Phoenix while Ultimate Phoenix require two level 70 True Phoenix. The primary difference is in their appearance, where they will sprout armor and begin to glow. You will need the True (200 SP) and Ultimate (300 SP) Phoenix Alchemy Scrolls from the Item mall to do this, based on their respective kind. Actual Alchemy or High level alchemy is not required for this.

There are five different kinds of Phoenix. 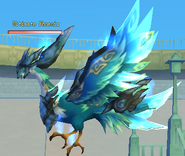 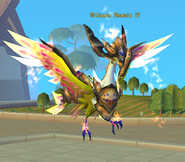