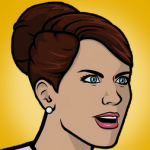 Bureaucrat Admin
10,457 Edits since joining this wiki
June 18, 2008
Why, hello there!
Please put your messages at the bottom, and don't forget to sign your message (~~~~). I will reply on my talk page, or your talk page depending on who started the topic (and I'll move the discussions to the respective talk page). Keep your titles short!
Archives June 2008–June 2009

I honestly don't see Aeria getting the Master weapons that GT has. We can now make the Tier I and Tier III (Ultimate) weapons, and it kindof looks like those weapons would be an IM only item and that goes close to comments made on the Aeria's forums about not putting weapons/armors that can be crafted in the IM so that it doesn't hurt the alchemists business. With the naming, I've always thought of them as being Tiers. So Aeria's Master Weapons (first one that can be made with the scrolls) could be like "Sharpshooter's Bow (Tier I)", then GT's Master Weapons (now called True?) would be "True Sharpshooter's Bow (Tier II)" and the Ultimate Weapons would be "Ultimate Sharpshooter's Bow (Tier III)". —Preceding unsigned comment added by LK-1987 (talk • contribs)

Articles for master weapons are still named as master weapons for the wiki until they are implemented in Aeria. As for naming them differently, it's been somewhat decided (by myself) in a previous discussions. Since higher level weapons II and III have their own names for both version (I suppose GameTribe came up with another name for III), I think it actually makes more sense to just leave them as they are, rather than renaming them like we prefer: users won't get confused by the different names. We're only making a disambiguation for the level 60 from MQ and the HLA I weapons because Aeria has them named the same way (GameTribe does not have level 60 weapons from MQ). --D. (talk · contr) 18:46, October 7, 2009 (UTC)

How do i get it Edit

How do i get a tai Chi mirror to evolve my fox pet my friend gave me the pet, but i can't find the mirror anywhere.

sorry for spam it was accident D:

In eply to your question, I have screenshots of the message saying it's not Giantwood Forest anymore, and according to my informant it's been like that a long time (inclduing the time I was told it was "still Giantwood" by an ill-informed player), but now reads "Longstone Woods". Feel free to edit if you like - I can find and send the SS to you :) —Preceding unsigned comment added by EAKMcDowell (talk • contribs)

I believe it has been corrected a while ago when most (if not all) boss announcements have been changed. For the previous announcement, the screenshot would have been asked back when you made that edit to support that claim, but it's not necessary anymore. --D. (talk · contr) 17:05, June 10, 2010 (UTC)

i cant use the wiki with this new layout Edit

its not that i dont like change but the charts in the wep screen where everything is i cant see now cuz of this new layout. For example if you type in dagger and look on the chart to see if its pilfer only or where u get it u miss a lot of it because of that stupid bar than i cant move and it makes me unable to get the information i need.

I hope you understand why im sending you this message.

Yes, I'm well aware of that problem. I haven't found a solution on how to make the table display all this information with the narrowed content space that we have to deal with. Unfortunately, I cannot change the layout's width, nor can I change the default skin for users, as this is Wikia forcing this on all wikis hosted on their servers. They have said that they are looking for a solution regarding wider tables. I'll try to find a solution until then.
In the mean time, I suggest you create an account on Wikia so you can use Monaco (the previous skin), which will be available until November 3rd. Monobook, which is sort of like Monaco, will always be an option. --D. (talk · contr) 17:59, October 23, 2010 (UTC)

Just wondering if you use any programs in particular to read the domo files. I see you've been editing the titles and I've just been wondering where all the numbers for those came from.

Using unicode on wordpad gets me a full Chinese translation of the code, but I can't read Chinese and google translate definitely won't be of any help to me.

I've also tried half a dozen different .dbf readers/converters etc and none of them are able to read the .dbf files for DoMO. —Preceding unsigned comment added by Mythyc (talk • contribs)

You'll have to talk to SSF regarding this, as she is the one pulling the text from the dbf files. She hasn't logged on for a month, but she should get an email if you leave a message on her talk page (assuming she gets a mail notification). --D. (talk · contr) 21:34, November 4, 2010 (UTC)

Hello there! I was browsing the Dragon Age Wiki, when I noticed that the user Charles Saracino has begun editing there. I am a Senior Editor at the Mass Effect Wiki, and we had a bit of trouble with this guy. He's bad news. Just giving you a heads up. Arbington (talk) 01:20, October 1, 2012 (UTC)

Thanks for the heads up, but I have already known about the user. Regardless, there is also no need to contact me about a certain user if he caused trouble on another wiki. Please use the Community wiki next time instead of using another wiki, as it's a more appropriate place to discuss this type of matter. :] ··· d·day! 01:28, October 1, 2012 (UTC)

Sorry, my bad. I had no idea that you were already abreast of the situation. I simply looked for the first wiki I could find that Saracino was not also an editor of, so I could contact you without his knowing. As you are aware, he is a troll who would take this sort of thing as an opportunity to have his fun at the expense of your wiki's Language policy and Activity and Changes sections. I will use the Community wiki if I must contact you about similar matters in the future, though hopefully there aren't many more trolls in store for you. Have a nice day. Arbington (talk) 01:36, October 1, 2012 (UTC)

Retrieved from "https://domo.fandom.com/wiki/User_talk:D-day?oldid=59716"
Community content is available under CC-BY-SA unless otherwise noted.